Get along little dogecoin

Yesterday, there was a bit of cryptotrouble in cryptoparadise, as the share value for most of the crypto-currencies, including granddaddy of them all Bitcoin, plummeted by double digits, which has been the trend for the past month.

Depending on who you listen to, cryptocurrencies are either the wave of the future and the place where all that smarty-pants money has been going, or they’re nonsense: all the hype and market run-up that’s been associated with cryptocurrencies is the greatest market mania since the tulip bulb of the 17th century. Or at least since the dot.com bubble.

As for cryptocurrency overall, I tend to agree that it’s the wave of the future, only it will be some sort of governmental, regulated apparatus – trading partners, central 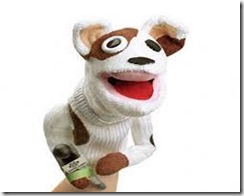 bank amalgams – not private companies that will control it. So, yeah, I think the current market activity has been maniacal. In terms of historic parallels. I actually prefer the tulip bulb analogy to the dot.com one, having so painfully lived through it that particular era. If I remember correctly, the company I worked through during that era had pets.com, which became the poster-puppy for dot.com blow outs, as a client.

Pets.com was a client; Enron was a potential business partner of the same company.I remember getting into a discussion with my boss in which I pushed back a bit on his argument that Enron was so fabulous.There were some things about Enron that I just plain didn’t get. My boss, who was extremely intelligent and certainly “got” things like Enron a lot better than I did, patronizingly explained why our partnership with Enron was going to be such a game-changer for both companies.

At least we didn’t go down in handcuffs and ignominy.

To me, the best cryptocurrency story isn’t whether Bitcoin or Ethereum is the “it” currency. It’s the Dogecoin story.

Dogecoin is a cryptocurrency that was set up as a lark. Named after the 2013 meme

of the year, in which memers memed pictures of Japanese Shiba Inu dogs. While its market cap dropped yesterday along with the “legit” cryptocurrencies, a couple of weeks ago, Dogecoin had a market value in excess of over $1B.

The creators of dogecoin positioned the virtual token as "the internet currency" that can allow users to easily send money online…The rise of Dogecoin and other bitcoin descendants is due to the fact that they're perceived as being "cheap" compared to bitcoin or ether, according to Dave Chapman from Octagon Strategy. (Source: CNBC)

Even at $1B, Dogecoin was a drop in the overall crypto valuation bucket. When Dogecoin was “worth” that bill, the total market for cryptocurrencies was over $750B. (Bitcoin remains top dog.)

As noted above, Dogecoin got traction because it was affordable when compared to the price of, say, a bitcoin. (Even after its fall from its peak, as of yesterday, a single bitcoin cost more than $11K. You can get an awful lot of Dogecoins for $11K. And we all know that, psychologically, a lot is better than a little. Too late to get in on the big bitcoin returns? Why not take a chance on Dogecoins.

The Washington Post,  which is leaning tulip mania bubble, had a nice, clear explanation of what’s been up with Dogecoin and bitcoin and the entire madness.The article pointed out that, among other absurdities, Bitcoin went crazy “despite the fact that it still works so poorly as a payments system that people won't even accept bitcoin at an upcoming bitcoin conference.”

Another oddity pointed out is that there’s a cryptocurrency – Tron – that’s got a value of over $7 billion, “even though it doesn't actually exist. It's just a white paper filled with a bunch of buzzwords.” Hmmm. I’ve written plenty of white papers, and plenty of them were larded with plenty of buzzwords. What is WRONG with me that I never managed to glom onto something like Tron, get in and – of course – get out while the gettin’s good.’

Then there's Dentacoin, the $1 billion “blockchain concept designedfor the Global Dental Industry.” (It's a digital currency you can use at the dentist.) Why anybody would want money you can only spend in one place instead of dollars you can spend everywhere is apparently a question with which they — and their investors — didn't concern themselves.

Who knows what today will bring to the cryptocurrency market? Will the plummets continue? Will the cryptos rally? End of beginning? Beginning of the end?

All I can say is that if a nonsense “company’ created as a parody of a popular meme can end up with – however fleetingly – a market cap of $1 billion, something really does seem bubble-ish, no?

I’m guessing that the idiocy of the remarkable “success” of Dogecoin may not bode so well for the overall cryptocurrency market.

Get along, little dogecoin, get along.