Taking on an ant identity? Oh, why not!

Back in the day, when I was a full-time worker, I was a major user of screen beans, deploying - an excellent corporate word, by the way - them regularly in informal internal communications. What was not to like? Whatever the circumstance or event  - Christmas Yankee Swap, someone's baby shower, company outing, meeting about a new process initiative - there was pretty much a screen bean to fit the occasion. 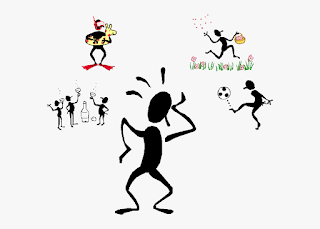 They never failed to amuse me, and just looking at them all these years later - Microsoft introduced the first screen beans 25 years ago! - they still crack me up.

But I never actually thought of them as beans. To me, they looked like black ants.

Which was why, when I read about a Facebook group in which folks assume the identity of ants and act out their antic roles, the first thing I thought of was screen beans.

That is, of course, neither here nor there, as the real there-there is that there are nearly 2 million actual humans (not screen beans) who take part in a private Facebook group - All Hail the Queen - in which members pretend to be ants in an ant colony.

The concept is as simple as the rules. “In this group we are ants,” reads the description. “We worship The Queen and do ant stuff. Welcome to the colony.” As long as you’re kind, avoid politics, don’t employ any hate speech or bullying, remember that your name is Ant-yourname (e.g. this reporter is Ant-Travis) and always capitalize the first letters of the words “The Queen,” you’ll be graciously accepted as a member — which basically means when another “ant” posts a photo of food, or of an attacking insect, you can respond in the comments with the appropriate command, be it “LIFT,” “EAT” or “BITE.” (Source: Washington Post)

The first thing that popped into my mind when I read about this group was: duh? 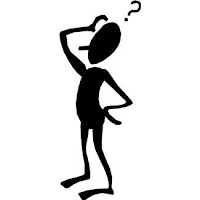 And then I thought, why not? Life is pretty grim and constrained these days. It can be relentlessly ugly, depressing and exhausting. So if you want to amuse yourself by dubbing yourself Ant-Maureen and having your ant alter-ego carry crumbs away from a picnic, why not. I'm not going to the spoiler to stomp on the ant hill, spray Raid around, or put out the ant cups.


“We are social animals. We have a need to belong to a group, and in this case, the group is one that doesn’t have a lot of seriousness,” said Erin Dupuis, a psychology professor at Loyola University in New Orleans who has studied the social benefits in playing massive multiplayer online role-playing games. She pointed to social identity theory, which, boiled down to its most basic level, suggests that “when we belong to groups, we feel better” — no matter what kind of group that is.

Well, I don't necessarily that joining an ant colony would make me feel any better. But as my parents always told us when we were kids, we were "not everyone else."

The group was founded a year ago by college student Tyrese Childs.


He had seen a group where millennials and Gen Z-ers pretend to be boomers, which led him to ones where people pretend to be cows and farmers.

Pretend to be boomers? Ptui! I bet these young folks don't even get it half-right. Accept no substitutes. On the other hand, cows and farmers, okay.

Childs found that the other groups were too crowded. Inspired by an anthill, Childs began a Facebook anthill of his own as a "kind of stupid" but "pretty funny" thang to do with his friends.

After a while, Childs lost interest, only to check in after a while to find out that there were 10,000 members. Then, with the pandemic, things went viral:

The group has now reached the point where Michael Melcher and the 100-plus other administrators and moderators sift through thousands of posts, approving ones that fit the rules. They mainly have to weed out human stuff.

Members are a combo of the pandemic bored looking for a bit of amusement, and those who study the behavior and biology of actual ants. So fun and educational! And moderating a group is no more time-wasting than my scrolling through Twitter to check out the latest maddening whatever that's happening out there.

I was educated just by reading the WaPo article. I had not known that workers ants aren't male. They're female. So a researcher who's part of the group got members to stop using he/him/his when referring to worker ants.

Sounds like we could use a Rosie the Riveter screen bean!